Have you taken a road trip lately?  If so, you’ve seen Obamanomics up close and if you have a basic understanding of economics, you should be horrified.  I just completed my third transcontinental drive in a year (Don’t ask.  Suffice it to say a woman and a dog were involved.) and I can attest that in many cases we are digging up thousands of miles of perfectly serviceable road and repaving them with almost no perceivable improvement.  This is not just wasteful.  It is madness.
Economists have forever posited that if full-employment is the goal, why not just dig holes and fill them in again?  Everyone in the country can be kept busy and no one would be unemployed, hallelujah!  But of course this policy is never proposed as a real solution to anything, only as a proof that “creating jobs” is not the goal and “creating value” is.  Unfortunately, Obama and his economic team were either golfing or protesting the bourgeoisie when that lesson was taught.

The supposed architect of Obamanomics, John Maynard Keynes, mentions the fallacy of digging holes and filling them in again in his writings but no one would mistake it for a serious remedy.  Then again Keynes never suggested borrowing trillions for stimulus while running huge structural deficits.  Never mind, that hasn’t stopped them from citing him as their guru for these policies.
All in all, Obamanomics has proven to be a tragic farce.  Whether we are being ruled by a confederacy of dunces or an evil cabal is open to debate.  But on the matter of measurable economic results, “the science is settled” as they say.
Posted by @RolandRock1234 at 10:12 AM No comments:


Even the most ardent Obama detractors manage to offer the President kudos for “ramping-up” the drone attacks on terror targets. Then they usually throw in a nice word or two about him “getting bin Laden” and then it’s right back to berating him for just about everything else. Well, I’m not going to play that game. Nope. I give him no credit for bin Laden OR the increased drone attacks. In fact, I think both are emblematic of perhaps Obama’s biggest failure of all: losing the intelligence war. To understand why, let's go back in time to the very beginning.

The very first item on Obama’s to-do list was to close the prison at Guantanamo Bay. This had nothing to do with making America stronger. It was a political promise motivated by a mistaken belief that the prison violated international norms and/or the Geneva Conventions. Some prominent Republicans, including John McCain, were also among those calling for closing the prison. But Obama went much further. He wanted to close the prison, move the prisoners onto US soil, try them in civilian courts, treat them like citizens, offer them defense attorneys, place them in witness protection programs, provide them with high-paying union “green jobs”, and get them all slots on American Idol.  (OK, I made those last ones up.)

Of course, Gitmo is still up and running but the administration has pledged to add no new prisoners there. No prisoners? What to do? The answer: kill them all. Rather than engaging in the hard work of capturing live terrorists and interrogating them, Obama prefers dropping bombs on them and their villages from un-manned drones at thirty thousand feet. To the left, indiscriminate death from above is morally just, but capture and interrogation, while perhaps saving hundreds of innocent lives, is unthinkable! The result of this kill-all policy has been a dearth of new first-person intelligence. Are we safer? Are we morally better-off executing suspects than we were holding and questioning them? Are we making more friends in Pakistan and Yemen this way?

Bin Laden’s assassination was part of that same pattern. By now everyone accepts that bin Laden would never have been found were it not for the policies of George W Bush which Obama universally opposed. Moreover, Obama had no way of dealing with a live terrorist, so his only option was execution. Had he been interested in learning as much as he could about al-Qaeda and preventing future attacks, he would have captured bin Laden and dealt with the political ramifications. But his interest was to make the headline and avoid the sticky politics. As for any intelligence gathered from that raid, its value was instantly undermined by the administration's leaks. Why tell the enemy what we found? Why not keep hush or say everything was destroyed?

No, on this 10th anniversary of 9/11 if I’m going to praise President Obama, it will have to be on the grounds that he seems to be a decent father. In fact, he’d make an excellent full-time father!
Posted by @RolandRock1234 at 1:36 PM No comments: 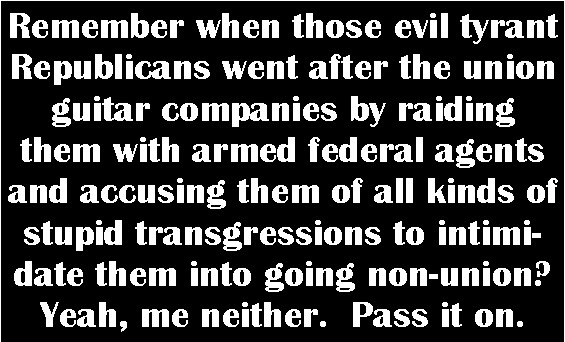