(In honor of the late Dr. Friedman's birthday, this piece is based on a few of his gems of logic.)

Almost every interesting economic proposition shares a confusing characteristic: what’s true for the individual is the opposite of what’s true for the country as a whole. To a consumer buying shoes, it appears as though the price is fixed and the supply is elastic. Consumers can buy as many shoes as they want as long as they are willing to pay the asking price. But to the country as a whole, it is the supply of shoes that is fixed and the price that is elastic depending on demand. This paradox permeates economics.

-- Milton Friedman - paraphrased from a speech titled “Money and Inflation” , 1980 (herein referred to as "Friedman's Paradox")


On Nov. 29, 2012 the New York Times ran a piece by Binyamin Applebaum and Robert Gebeloff titled, “Tax Burden for Most Americans Is Lower Than in the 1980’s”. The authors cite New York Times research, which makes the case that taxes are historically low especially on the rich. They calculate rates for various income groups and come up with a top marginal tax rate, at all levels of government (federal, state, and local), of 42.1%, compared to the 1980’s when it was 49%.

A couple of weeks later, On Dec. 12, 2012, the Wall Street Journal ran an op-ed by Edward C. Prescott and Lee E. Ohanian with nearly the opposite title, "Taxes Are Much Higher Than You Think". After studying tax rates, again at all levels of government, Prescott arrived at an average marginal tax rate of 40%, while the authors contend that the perception is that taxes are much lower.

So, the New York Times pegs the top marginal rate at 42.1% and Prescott and Ohanian have the average marginal rate at 40%; not enough of a difference to get too excited about. Yet, the two pieces seem to ascribe opposite perceptions to the public, and seem to promote opposite policy prescriptions. Who’s right?

With all due respect to these esteemed authors, neither is right. Here’s why taxes are much higher than most people think, and much higher than even Prescott and Ohanian think. Here’s also why The New York Times piece is wrong about taxes being higher in the 1980’s.


Both studies above employ similar methodologies based on individual tax rates. But according to Friedman’s Paradox, what is true for the individual is often the opposite for the country as a whole. Instead of looking at individual rates in every jurisdiction and arriving at an average rate as both sets of authors appear to have done, the better way, the simpler way, the more inclusive way, and the Friedman "True Tax" way, is to find total government spending and compare that to Total Income. By doing that, we learn what is happening with taxes in the country as a whole, inclusive of all borrowing, printing, business taxes, and indirect taxes.

Here are the results when Friedman’s True Tax methodology is applied to 2012:

(Traditionally, tax rates are expressed as a percent of GDP, but GDP can be artificially inflated by money printing and borrowing. Since Friedman referred to “income”, subtracting govt. spending from GDP, makes sense. Government does not generate income, only the private sector does. Moreover, Total Income closely tracks AGI (Adjusted Gross Income) reported on 1040s. AGI is the basis on which income taxes are calculated.)


So the True Tax rate was 65% in 2012, when expressed as a percent of Total Income. But that doesn’t include money creation/printing by the Fed, which may or may not be considered spending. Since 2008, the Federal Reserve has created two trillion dollars in new money and that money is not included on any ledger of government spending. The Fed claims it isn’t actually spending money when it creates money because it is buying US bonds, which it can later sell. This is the exact same argument Fannie Mae and Freddie Mac were making about home mortgages - right before they went under. To settle this, let’s just say inflation has averaged about 5% since we dropped the gold standard in 1971. If we use that conservative figure, and add 5% to 65%, that yields a total True Tax rate of 70%!**

That is not the top marginal tax rate for high earners like the New York Times calculated. Nor is it an average marginal rate like Prescott arrives at. That’s the average tax rate on every single dollar of our Total Income. When Friedman’s Paradox is applied to tax rates, the illusion of progressive taxation goes away. Essentially, we are all in one big tax bracket, whether we know it or not. Our individual income tax rates vary, but there are enough taxes buried in everything we buy that it levels-out our average burden. We all pay roughly $.70 of every dollar we earn on taxes. You may think your lawyer, oil company, or banker just got a big tax hike, but their increased tax burden is passed right back to you in the form of higher fees. Their hike is your hike, and so it goes, ‘round and ‘round.

(Update: Having recently read some commentary and heard Robert Reich speak glowingly about the economics of the 1950's with its high wages, "high taxes", lots of unions, narrow income gap, etc., I thought I'd calculate the True Tax rate for 1950 and 1960. About those “high taxes”, eh, not so much...the rate in 1950 clocks in at 31.4% and 1960 at 40.3%. True Taxes today are double what they were in the 1950s. The 1950s are so beloved because Europe, Japan, the USSR, etc. were still smoldering from WWII, China was still in loincloths, and we had a brand new industrial infrastructure to unleash. The desire to return to the economics of the 1950s is a fantasy that could only be fulfilled by a third world war fought in Europe and China!)

Here’s a rough breakdown of the $.70 tax everyone pays on every dollar of Total Income: $.30 is paid in direct taxes. These are the explicit taxes everyone sees: Income taxes, employee’s portion of payroll taxes, sales taxes, property taxes, etc. $.25 is buried in the prices of things we buy. These are the stealth taxes: business income taxes, employer’s portion of payroll taxes, business property taxes, use taxes, fees, etc. $.10 is deferred onto future generations as borrowings, and $.05 is deferred and/or eaten by inflation due to money creation. ***

The differences between all these numbers and our perceptions are the result of our political and monetary systems. Politicians at all levels of government and The Federal Reserve are able to hide huge chunks of our True Tax burden from us. All we see is the $.30 in explicit taxes, while the remaining $.40 is buried and/or deferred on others.

Are voters stupid? They’re probably just human. The main reason voters do not realize they are being taxed $.70 of every dollar of Total Income is that $.40 is in the form of stealth, or indirect taxes, which are buried in everyday prices. All the taxes and fees paid by businesses, like payroll taxes, income taxes, property taxes, use taxes, and fees, are built into everyday prices. Take a simple MacDonald’s Big Mac hamburger: Before that hamburger gets to you, the farmer who grows the corn, the rancher who raises the beef, the farmers who grow the wheat, tomato, lettuce, onions, eggs, the trucking company, the oil companies, the restaurant owner, the advertising company, and many more, all pay taxes for their payrolls, income, land, fuel, and supplies. Those taxes are passed on to you when you buy that hamburger, but you have no way of measuring their cost!

Then there are the deferred taxes. The difference between what governments spend and what they collect in taxes must be acquired either by creating/printing, or borrowing money. Creating new money devalues the currency (all other things being equal) and will eventually cause inflation. Excessive inflation is politically dangerous and therefore avoided, except as a last resort. Borrowing is simply deferred taxation, or deferred money creation. Of the two, it is much easier to get away with. Both borrowing and creating money have a deferred negative impact, but an instantaneous positive one. Voters are simply acting like imperfect humans and choosing instant gratification while deferring pain. Unfortunately, they are also taking benefits for themselves in exchange for passing the costs onto future generations.

The two big disconnects confronting taxpayers are 1) The level of stealth taxes at all levels of government, and 2) The ability of the federal government to create and borrow money, and then spend it on benefits to buy votes.

1) Stealth taxes are surprisingly the biggest item in the gap between perceptions and reality. Voters should insist on eliminating hidden taxes. Every tax should be leveled at a voter. None at businesses. After all, businesses do not vote. We must go back to the idea of “no taxation without representation”. This is a loophole in our political system and has led to a huge economic disconnect. A hidden tax is a license for politicians to do what comes naturally: buy votes. All taxes, to use Milton Friedman’s word, should be made “explicit” to voters.

2) The Federal Government, due to its role as issuer of the currency, must not be the entity providing safety net and/or entitlement items. There is an inherent conflict of interest when politicians control the creation and borrowing of money and can lavish benefits on their constituents. State and local governments cannot print and borrow as the feds can. Therefore, they must be the ones handling safety net and/or entitlement items. If states want to increase payments, they must raise revenue. If they want to cut taxes, they must cut spending. States therefore should take-over things like Medicare, Medicaid, Obamacare, Social Security, etc. Voters should insist on this. Moreover, the constitution clearly intended these things be done by the people and the states, not the federal government.


The way to align the needs of voters and politicians in the US is to get the states and local governments to handle all safety net and/or entitlements, and get voters to explicitly pay the True Tax. Of course, federal taxes would drop, federal business taxes would be eliminated, and a commensurate rise in state and local taxes would occur. But going forward, the whole system would be more responsive and visible to voters. If we did just those two things, we would quickly have a smaller, more efficient, less costly, and more responsive government at all levels.

And everyone including Prescott, Ohanian, Applebaum, and Gebeloff would know the True Tax rate.

**Inflation figures are from BLS.gov and numbers were rounded.

***Breakdown figures come from usgovernmentspending.com where each revenue line item was subjectively allocated to either direct taxes or indirect taxes. Numbers were rounded.

If Obama Had A Middle Finger... 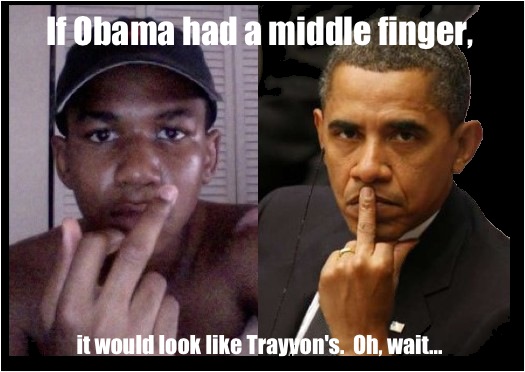 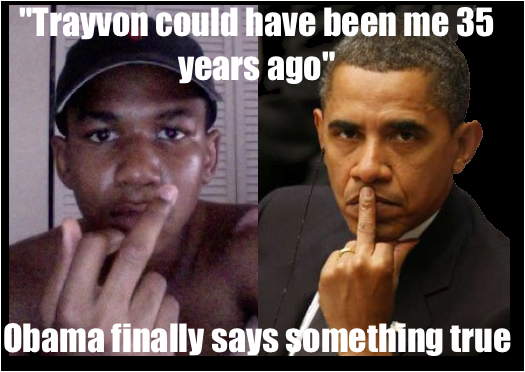 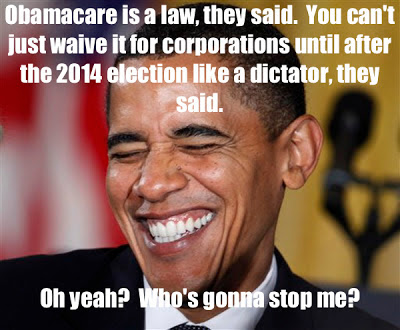