Fact Check: The Truth About The Mueller Report 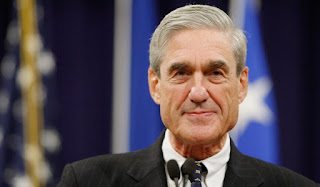 Mueller has spoken.  No Collusion.  No Obstruction.  Democrats are crestfallen.  Republicans are ebullient.

But, do they both have it backwards?

Remember what former Senate majority leader Harry Reid (D, NV) said after being confronted for lying about Mitt Romney not paying taxes.  When asked if he had any remorse, he said, "We won the election, didn't we?"

Look, anyone with half a brain knew there was no basis for a special counsel on Russian collusion. But Mueller had important Democrat work to do:


Democrats and their media accomplices will pay no price for attempting a coup d'etat and perpetrating a massive fraud on the American people.  It's all upside for them, just as it was for Harry Reid.
Posted by @RolandRock1234 at 7:46 PM