Watch Ted Cruz summarize what's going on at the U.S. Supreme Court under John Roberts.  And while he accurately captures the absurdity and lawlessness at the court, it needs to be put in context.  For this is a time in America when going surfing, cutting hair, attending a gym, or going to church can land you in jail, but rioting, looting, arson, and assaulting a cop are actually celebrated.

Oh, and stock valuations are at all time highs in the middle of a global pandemic and shutdown.  Absurd times indeed.

Posted by @RonaldReich5 at 7:05 AM No comments:

The current recession began in February according to the National Bureau of Economic Research.  Since COVID-19 was not in play in February, the Fed and Jerome Powell caused this recession exactly as I predicted in May, 2019.  Below is the piece that correctly called it: 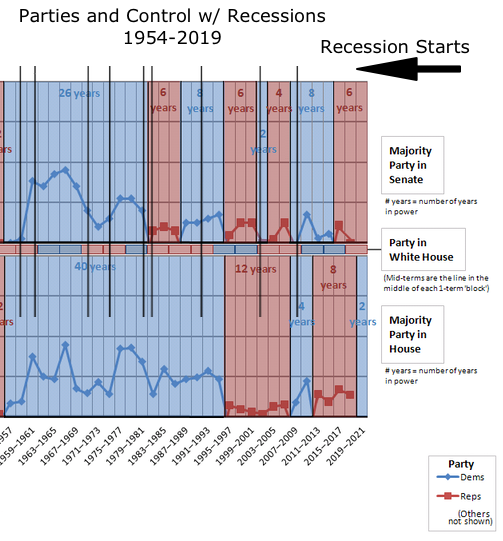 Posted by @RonaldReich5 at 9:51 AM No comments:

Candace Owens drops a few truth bombs, as only she can.  This is the most powerful and interesting thing I've seen since this whole sordid George Floyd affair began.  Here are the bullet points:

Watch the whole thing.  Twice.  Then share it.  This needs to be heard.
Here's the link:  https://www.pscp.tv/RealCandaceO/1MYGNklYaYZJw

[UPDATE] This video has gone mega-viral with 10s of millions of hits on numerous platforms.  And today, Rasmussen has Donald Trump polling over 40% among black voters.  (Romney got 6%) Candace's "alarm clock" is working.

Posted by @RonaldReich5 at 8:15 AM No comments:

Fact Check: The Stock Market Is A Cryptocurrency

Astute investors will tell you that the stock market is a discounting machine.  It takes estimated future cash flows and discounts them back to current values, and that is what determines stock prices.  It's a definition that has served investors like Warren Buffett well for decades.  It is also a definition that has much less relevance today.  You see, in the short run, and maybe forever more, the stock market is now a cryptocurrency.


A cryptocurrency (or crypto currency) is a digital asset designed to work as a medium of exchange wherein individual coin ownership records are stored in a digital ledger or computerized database using strong cryptography to secure transaction record entries, to control the creation of additional digital coin records, and to verify the transfer of coin ownership.

This definition also applies to today's online trading in stocks. The records are kept on digital ledgers on secure computers which verify transactions and ownership. 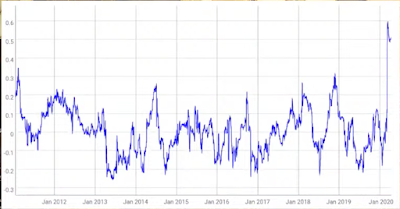 CORRELATION BETWEEN S&P 500 AND BITCOIN


If you replace "The Stock Market" with "Bitcoin", these are direct quotes by Warren Buffett.

As I write this today in the midst of a global pandemic, there have been nightly riots in 75 140 U.S. cities.  Burning, looting, mayhem, and destruction reign everywhere.  It's even spreading into the suburbs.  Churches, malls, government buildings, banks, even The White House itself has been targeted.  Anarchy and chaos are gripping the country.  So what is the stock market doing today?  It's up.

On Friday when the market closed, we lived in a society largely governed by the "rule of law", a foundational concept necessary for an ordered society and a strong economy.  Today, we can forget that illusion.  It no longer exists.  Yet the "discounting machine" known as the stock market thinks anarchy is going to help "future cash flows"?  Is this how a rational discounting machine would behave?

It's not, but it is how a rational cryptocurrency would behave.  Cryptos know that The Fed, along with other central bankers, will increasingly turn to helicopter money to paper-over failing economies.  That will only serve to undermine the existing government fiat currencies and increase flows into alternatives.
The old alternative, gold, is cumbersome to transact.  But cryptos are nimble and light light.  Same with stocks.  There was a time when trading stocks cost real money and took real time.  Now it's almost free and instantaneous.

And unlike crypto or gold, stocks often pay dividends.  They are now the perfect alternative to holding anything else.  Rioting and looting ensure the Fed will continue to drop even more helicopter money to gloss over the damage this will inevitably do to our economy.  That money will flow first into stocks.
Think of the stock market as a cryptocurrency and it will all make sense.
Posted by @RonaldReich5 at 8:22 AM No comments: