Today's bombshell is that Hillary's email coverup is in the news again.  Big time.  Apparently, while the FBI was investigating the Anthony Weiner underage sexting scandal, they came across some new information about Hillary that changes things enough that they've made big headlines right before an election.

Don't worry, nothing will happen before Nov. 8th!  This is most likely a face-saving move for FBI director James Comey who regrets his lost stature as a "straight shooter".

That said, I love this development because it affords me another opportunity to post my video explaining the original "Weinergate".  It may be hard to remember what the original Weinergate was about since we are on, like, Weinergate IV or V at this point!

Posted by @RonaldReich5 at 4:37 PM No comments:

The video below exposes Hillary Clinton's greatest crimes:  First, lying to the families of those killed by her incompetence in Benghazi, and second, jailing a filmmaker in violation of the Constitution to cover-up the lies.  I challenge anyone who watches this video to explain how Donald Trump's transgressions amount to anything close.

But, we've been told that the election is over, voters have made-up their minds, and Hillary Clinton will be the next President.  One reason this may be true is that the media is protecting their candidate at all costs.  Take some of the most damaging clips in this video;  many of them are no-longer available on the original network sites.  It's like they've been wiped clean with BleachBit.  In some cases, I had to rely on clips recorded by third-parties to complete this video.

So you can forget about the media reporting any negative news about Hillary Clinton for the next three weeks.  It's just not going to happen.  That means it's up to you.  The only way a video like this will enter the national conscience is if you make it viral.  Spread it. Share it.  Embed it.  Email it.

Posted by @RonaldReich5 at 1:55 PM No comments: 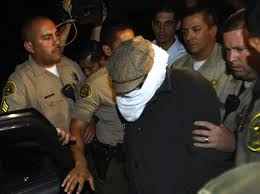 You would think people who make films would be staunch defenders of free speech.  You would be wrong.

Hollywood, and the arts community in general, support the Democrat party with near exclusivity. Yet, it is under Democrats that the heavy hand of government interferes most with the work of people exercising their right of free speech.  Richard Nixon may have contemplated using the IRS to go after his enemies, but he never did it, and could not have gotten away with it.  Hillary Clinton and Barack Obama not only do it, but no one holds them accountable - not the media, not the public, not Hollywood, and not academia.

Below is a list of filmmakers who have been jailed, persecuted, audited, and harassed under Democrat rule for political purposes, or simply for disagreeing.

Nakoula Basseley Nakoula was put in prison for a year as punishment for making the YouTube video famously blamed by Hillary Clinton and Barack Obama for the deaths of four Americans in Benghazi, Libya.  Hillary Clinton promised the grieving families of those killed that she would imprison Mr. Nakoula.  She did.  Not only do we have a first amendment right to free speech, and therefore should not be jailing filmmakers, but it turned out the Benghazi attack had nothing to do with a YouTube video.   And Hillary Clinton knew it.  Secretary Clinton emailed her daughter, Chelsea, that the attacks were al Qaeda-like terrorist operations.  Another email, to the Libyan President,  confirmed that this was her official understanding of the events in Benghazi.  Yet publicly, and even to the families of those who died, she blamed Mr. Nakoula.

This leads to only one conclusion: Hillary Clinton jailed a filmmaker for a year to cover for her failure to provide the necessary security in Benghazi, to add legitimacy to her lie about the attack being about a video, to maintain the fiction that she and Obama had defeated terrorism, and to deceive the American people before an election.

Dinesh D'Souza: Mr. D'Souza admitted he gave more money than was legally allowed to a college friend who was running for office.  He gave $20,000 while the legal limit was $5,400 for a couple. More importantly though, he made a couple of anti-Obama films in 2012 and 2013.  As a result of the ostensible campaign finance violation, he was confined for eight months, put on five months probation, and forced to undergo psychological counseling.

Mr. D'Souza was the first person in the history of campaign finance law ever to be confined for an offense such as this.

Dinesh D'Souza has a new film called "Hillary's America" that is doing quite well and may land him in jail again.

David Daleiden and Sandra Merritt:  These two were behind the Planned Parenthood undercover videos made by The Center for Medical Progress.  Barack Obama himself made a point to single them out.  As part of their cover they used fake IDs that somehow became a pretense for felony charges, a raid on Daleiden's home, and seizures of his property.

Recently, all charges in Texas were dropped against Daleiden.  But the damage was done, his funding depleted, CMP has been sidelined, and the harassment succeeded.  Charges in California have yet to be resolved.

Joel Gilbert:  Mr. Gilbert made an anti-Obama film called "Dreams From My Real Father".  It drew the ire of Democrats on the Federal Election Commission (FEC) who voted unanimously to punish Mr. Gilbert.  When Republicans stood firm and pointed out that liberal filmmakers such as Michael Moore were not similarly harassed, the punishment was eventually blocked.  Were it not for the split FEC, Mr. Gilbert would have been sanctioned simply for making a movie critical of Barack Obama.

James O'Keefe, Joseph Basel, Robert Flanagan, and Stan Dai: These people were part of James O'Keefe's undercover video organization, Project Veritas, the organization that single-handedly took down one of Obama's favorite community organizer activist groups, ACORN. They went on to investigate Democrat Senator Mary Landrieu and ran afoul of the FBI while trying to make a film about her. They eventually settled for misdemeanor charges and accepted probation, fines, and community service.

O'keefe has also been harassed by Obama's DHS for making films about the open Mexican border, and was just blocked by Twitter for releasing videos critical of Democrats and Hillary Clinton.

Logan Clements: Mr. Clements made a movie called "Sick and Sicker...", an unflattering portrayal of Obamacare.  For his disloyalty he was handed his first ever IRS audit.

Breitbart News:  Breitbart News also earned their first IRS audit.   Breitbart is a multi-media internet megaphone that is foursquare opposed to Clinton and Obama's policies.  In this election cycle they are all-in with Donald Trump.  (Also, see David Bossie below who contributes occasionally to Breitbart.)

Glenn Beck, Pat Grey, and Scott Baker:  Glenn Beck and his Blaze Network don't just make videos, they have an entire broadcast network, publish books, run a website, and do talk radio,  all of which oppose Clinton and Obama policies.  So yeah, these guys all got their first IRS audits .  But that's not all.  Glenn Beck's top sponsor, GoldLine, was targeted by Democrats, specifically congressman Anthony Weiner, husband of Hillary's right hand person Huma Abedin, and a known political hit-man for Democrats and Obama.  Weiner resigned his House seat in scandal, but his (ex?) wife will play a major role in a possible Clinton administration.

David Bossie and James Bopp:  These men were behind the Citizens United SCOTUS case. David Bossie runs CU and James Bopp was the lawyer who defended the first amendment. The case centered around CU's right to make and show a film, in this case an unflattering portrait of Hillary Clinton. They won the case at the SCUTUS, but ran afoul of Obama and the entire Left who believe the first amendment only applies to Michael Moore and The New York Times. Hence, in front of the entire world, during a state of the union address, Barack Obama publicly berated the justices who upheld the first amendment rights of filmmakers, thus sending a message to justices, filmmakers, and supporters of people who make films: oppose me and I will use the Bully Pulpit to bully you.

No list like this would be complete without mentioning Obama's number one target in the media and film world - Fox News.  Fox has been singled-out and harassed personally by Barack Obama on numerous occasions.  These attacks send a clear and chilling message to sponsors:  Advertise on Fox and you will be the target of restrictive regulations, IRS audits, and federal harassment.

By some definitions, this is the very essence of fascism.  Perhaps someone in Hollywood should make a movie?  I won't hold my breath...

Posted by @RonaldReich5 at 9:18 AM No comments: 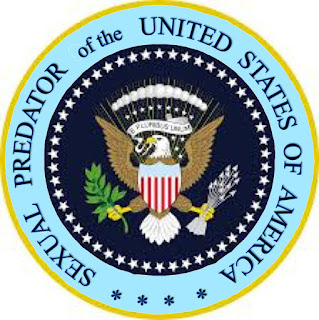 One thing is for certain in this election:  a sexual predator will inhabit the White House come January. Congratulations America, you have made sexual predation the one winner in 2016!

That said, there is a big difference between Clinton malfeasance and Donald Trump's.  No matter what you think of the relative evil represented by each of these flawed candidates, there is a yuuge difference.

Imagine that the worst is true for each candidate:  Donald Trump is an abuser of women, an uncouth and abrasive personality, and has a shallow grasp of the issues.  Hillary Clinton destroyed subpoenaed evidence, attacked the women her husband raped and abused, and went so far as to jail a filmmaker for a year to cover for her lies about Benghazi.

But there's a big difference:  Only one of them was a government employee under oath-of-office. Hillary Clinton was Senator, Secretary of State, and arguably co-President for eight years. The standard oath for any federal office states, "I do solemnly swear to faithfully execute the office of...". In that context, faithfully means truthfully.  Hillary Clinton has clearly violated her oath on numerous significant occasions by being untruthful while in office.  The same cannot be said of her opponent.

You may think Donald Trump is unfit for office based on speculation about how he may possibly perform as President. Hillary Clinton leaves no room for speculation, and that is the defining difference between them.

Posted by @RonaldReich5 at 7:40 AM No comments:

Remember, the last time Hillary Clinton was in the White House, it led to impeachment, revelations of rape, and her intimidating the very women abused by her husband.  Meanwhile, the list of Clinton victims is longer than you probably are aware of.  Watch the whole video (under 2 1/2 minutes) if you can...

Posted by @RonaldReich5 at 8:23 AM No comments: