Fact Check: Has There Been A Cure All Along? [UPDATED]

Has there been a cure for COVID all along?  Yes, more than one.  I myself, a mere blogger, have known this for many months.  Sadly, your doctor and mine do not know this.  Why is that?

The story of how a rogue Chinese virus could be allowed to kill hundreds of thousands of Americans when practical cures are in our grasp is one for the ages.  It's a tale that involves money, greed, power, politics, corruption, bureaucracy, and plain old incompetence. All together, it amounts to a holocaust-level crime.  I elaborated on this in July in a piece titled, "How To Survive Coronavirus in Three Easy Steps".

As of today, with the virus rampaging in its 12th month, the official treatment protocol in the US for early COVID is exactly the same as it would be for the common cold.  No difference!  Go home, rest, drink fluids, take Tylenol, and come back when your lips turn blue and you're gasping for breath!  We spend about $50 BILLION per year between NIH and CDC and that's the best they've come up with.  Meanwhile, people are dying, hospitals are stressed, the economy is on life support, and survivors have myriad complications.  This is no common cold.  And yet doctors are still not allowed to prescribe the readily available cures in an early outpatient setting.  There's no excuse for this.

For the latest on the cures and the fight to get our government bureaucracies to allow them, here are two powerful testimonies from yesterday's Senate hearing on outpatient therapies:

(Sorry, since we now live behind a digital "iRon Curtain", Dr. Kory's Senate testimony has been memory-holed off YouTube. This platform, like YouTube, is owned by Google and only allows it's own videos to be embedded.  Here's a RUMBLE link to that testimony:

Here's a link to that testimony for those who can't see the embedded video:  Dr. Jane Orient testimony
(Note: the above clip is from Bloomberg which misleadingly labels Dr. Orient anti-vaccination.  She is pro-vaccination, but does not think government mandates are justified by the science.  That makes her anti-mandate, not anti-vaccination.)
Here's a link to the entire hearing.
Here's a link to the Ivermectin study written by Dr. Kory et al.
Amazingly, after three hours of powerful testimony amounting to information that would instantly end the pandemic and save untold lives, the best the Senators could do is promise to write a strongly worded letter to the NIH.  That's it!
Truth is, our elected representatives have no power over the corrupt bureaucracies which have choreographed this entire nightmare.  The bureaucracies are wholly owned by the pharmaceutical industries, which have a vested interest in keeping these inexpensive and effective cures out of our hands.  They have way more to gain by selling expensive vaccines, cloned antibodies, and hospital medications and it is irrelevant to them that possibly millions will die.
[UPDATE 12/15 - On October 30th, 2020, a week before the election,The American Medical Association (AMA) quietly posted some internal pushback on it's March 2019 recommendation that Hydroxychloroquine not be prescribed for Coronavirus and COVID-19.  The announcement was on page 18 of a revised handbook and escaped notice until recently.  The AMA is the largest medical lobbying group in the country and has massive influence with all of the US govt bureaucracies dealing with the pandemic. The world has known about the effectiveness of HCQ from the beginning, and countries that use it early (especially w/ zinc) have fared remarkably better than the US:  (click on the graph to enlarge it) 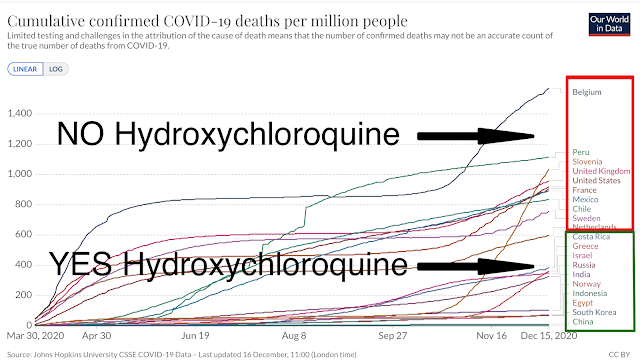 On average, you are four times more likely to die from COVID if you live in a country that strictly limits Hydroxychloroquine vs if you lived in a country that uses it early.  [UPDATE 7/2021:  READ TO END] Two countries stand out on this comparison - Sweden and Norway.  Though they share a long border and are similar in many ways, they took opposite approaches with HCQ and have vastly different results.  You are ten times more likely to die from COVID in Sweden where HCQ is basically outlawed, than you are in Norway which uses it widely.  Being so similar in demographics, climate, diet, culture, etc. and so different regarding HCQ makes this comparison the closest thing to a Randomized Control Trial (RCT) for HCQ ever done with 15 million people.*
*[UPDATE 7/2021:  I have heard from multiple sources in Norway that HCQ was originally embraced, but was subsequently discredited by their FDA equivalent. Therefore, the large difference in fatalities between Norway and Sweden remains a mystery, at least as it pertains to recent results.  My original information regarding Norway vs Sweden came from early observational studies that named Norway as an HCQ adopter.  Then there was this map from www.c19hcq.com that showed Norway as green and Sweden as red: 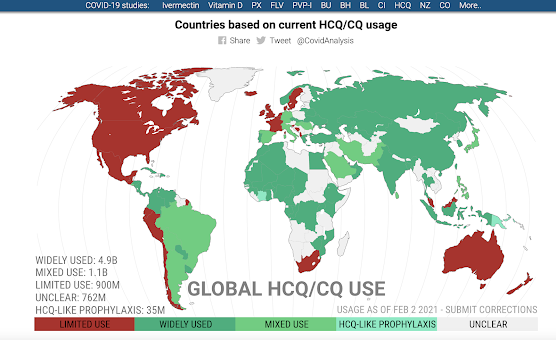 Despite the map, the commentary section now states that Norway's HCQ use is unclear. Whether or not they use Ivermectin, Colchicine, Favipiravir, Fluvoxamine, or some other repurposed antiviral is in doubt based on the local reports I have received.  The challenge with all Covid analysis is that everything is a moving target.]
For a comprehensive list of all medical studies to date on HCQ, IVM, D3, Zinc and others go to C19Study.com.
For a great piece on the AMA's deadly deception, read "The AMA Lied...How Many Died?"  ]
Posted by @RolandRock1234 at 2:41 PM No comments:

Fact Check: Whose Job Is It To Prove Fraud? 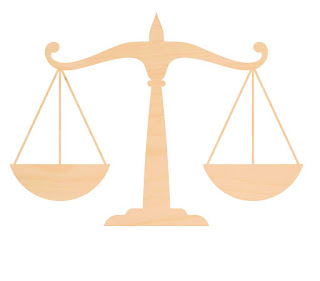 I’d like to give you a different perspective on the 2020 election.  By now you’ve heard that roughly half the country believes the election was fraudulent.  The other half believes it was fair and accurate.  How are we supposed to sort this out?

My point has to do with the burden of proof.  The Republicans claiming fraud are doing what they can in the extremely short time-frame to “prove” the case that the election was decided by fraud.  And the Democrats claiming a fair election are saying there is no “proof” that fraud occurred.  On its face, this framing seems reasonable.  But a closer look reveals why this is backwards, and is actually a dagger to the heart of the Republic.

Consider: if the government charges you with a crime, it is up to them to prove you did it.  If they fail to prove the case, you are deemed “not guilty’ and are set free.  You are small and the government is big, so that’s the way it has to be in a free country.  Otherwise, government tyranny can run roughshod over the powerless people.

Prior to 2020, this was never an issue.  Voting was mostly done in-person, many states required a government ID, most states required a signature, and every step was done under bipartisan observation.  Everyone agreed elections were mostly fair and trustworthy, with a few exceptions in historically one-party places known for old-fashioned ballot-stuffing and non-citizen voting.

But 2020 changed all that.  Two centuries of election integrity practices were thrown out the window ostensibly over COVID.  The upshot is that most votes this time were not in-person,  ID’s could not possibly be checked, there was no signature matching, envelopes were separated from ballots without any way to audit them , chain of custody was non-existent, ballots were then scanned into a machine with proprietary software, the machine data and software was easily accessible through a USB port, and the machines may have been connected to a vote tallying system on the internet. Moreover, in many one-party places, observers from the other party were not allowed anywhere near the actual vote counting.

So what’s the remedy?  Obviously, a fair election is the proper remedy - an auditable and trackable redo in the disputed states.  In the age of overnight vaccine development, blockchain cryptocurrencies, and billions in secure stock trades every minute, I think we can probably develop a secure voting system by January 20th.