Ruth Bader Ginsburg unwittingly said a most ironic thing during the oral arguments this week regarding ObamaCare:

"It's a choice between a wrecking operation … or a salvage job," groused liberal Justice Ruth Bader Ginsburg. "And the more conservative approach would be salvage rather than throwing out everything."

Apparently Justice Ginsburg has never tried to renovate a run-down building.  Anyone who has, knows that demolition and starting from scratch are always the most conservative ways to end up with a building that meets the need at the lowest cost.  The only reason to salvage a run-down building is for nostalgia or coercion.

The healthcare bill known as ObamaCare was itself an attempt to salvage federal control over a mess of tangled laws and regulations dating back at least to the 1940s:
In other words, “a salvage operation” is what got us into this mess in the first place!   At some point we must stop adding new construction on top of an old run-down building and commence with a “wrecking operation” and then construction of a new modern structure.

The Supreme Court may give us that opportunity.  If they do, here are some Magic Bullet solutions to fix the healthcare market and solve each of the major problems we have today:

Question:  Why is it that you can buy almost anything you want from another state except health insurance?

Question:  If Medicare was an outgrowth of everyone getting their health insurance at work (After all, how could we ask retirees to enter the healthcare market for the first time at age 65?) and it shortchanges providers, is rife with fraud, and is bankrupt, do we need it anymore?

Question:  Why is it that if you walk into a grocer and steal food, it is an obvious crime.  Yet, if you drive to a hospital in a Ferrari, demand to be treated by a team of doctors, and then refuse to pay, it is not?

Question:  How can we prevent insurance companies from dropping coverage for high risk individuals?

Question:  What can be done about pre-existing conditions?

Question:  What about the poor?

Question:  What about quality, cost, and availability of healthcare?

Of course, there is a limit to the building analogy when it comes to laws.  Unlike buildings, laws don’t exist as distinct stand-alone entities.  They are more like electricity grids with tentacles going into every aspect of our lives and interactions, and each branch has a vocal constituency demanding it be preserved as is.  Laws almost never get repealed.

The wrecking operation is going to take a political revolution.  As for the new construction, the market will do that overnight.

A Tragedy No Matter What

Here are the pertinent facts that we know about the tragedy in Florida:

Here's what we know about the tragedy in Washington:
It may take a Special Prosecutor, a Grand Jury, and a trial to sort through the Florida tragedy, but justice will eventually be served.

Trayvon in a Hoodie...According to the Pop Media 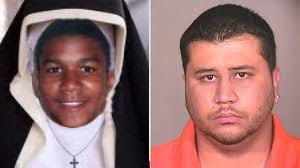 The War on Women

In case you missed this (and hoping you will share it):

Sandra Fluke (rhymes with duck) and Slutgate have done Republican's a huge favor.  Huge.  There are at least four levels on which this episode has exploded in the faces of the Democrats:

Political analysts were agog at the skill with which the Democrats had turned a huge negative into a big win by twisting the narrative into something called "Women's Rights" and "The Republican War on Women".   Now those same analysts are agog at how Sandra Fluke and Slutgate has blown-up in their faces.

Like everything in politics, the lessons learned won't be revealed for some time.  But as of today, this sure looks like a Democrat Cluster Fluke (rhymes with...well, you know).
Posted by @RolandRock1234 at 9:58 AM No comments:

Sandra Fluke is no Slut

Rush Limbaugh has apologized for calling Sandra Fluke a Slut and a Prostitute.   That’s good, because she is neither.

Sandra Fluke is no slut or prostitute.  She wants to have unlimited sex at your expense.  You are not a party in the fun as with a slut or prostitute.  You only get to pay for it via a government mandate.  You get all the expense and none of the fun.
Sluts and prostitutes have more integrity in their pinkies than Sandra Fluke has in her entire body.  Sandra Fluke is the lowest of the low: she is a Marxist.  I assure you, if you ever encounter a capable Marxist, you will be poorer, less free, and you will not leave with a smile on your face.
Posted by @RolandRock1234 at 7:35 AM No comments:

Warning: Some Rough Language
Posted by @RolandRock1234 at 2:48 PM No comments:

I keep hearing about how weak Mitt Romney is as a Republican front-runner.  Despite steady victories, strong second-place showings, winning the popular vote, winning the delegate count, and having the deepest organization, the perception is he is weak and has not inspired the Republican base.  This is a valid observation when it comes to a primary, but is utterly meaningless when it comes to a general election against incumbent Barack Obama.

There are three kinds of voters in a general election:

In a highly polarized general election, the third group is the only one that matters.

However, in a primary, the third group does not vote.  Thus, primaries tell us nothing about the relative general election strengths of a nominee.

Regardless of who gets the Republican nod, the first two groups will be highly motivated and will show-up to vote in November.   How will the the third group treat Romney and will they like him?

All you need to do is watch the left, and they are really scared of Mitt Romney.  Here's why:

Democrats are currently engaged in building a myth around a "Republican War on Women".  The first group has bought into it hook, line, and sinker.  The second group isn't buying it at all.  And the third group will not buy the notion of Mitt Romney as a misogynist.

We always hear about "swing states" but really this will come down to "swing voters", and in 2012, they will be white women.

Mitt Romney cannot be painted as a misogynist, and white women are already warm to him.  Mitt Romney will be the Republican's strongest candidate with these swing voters.