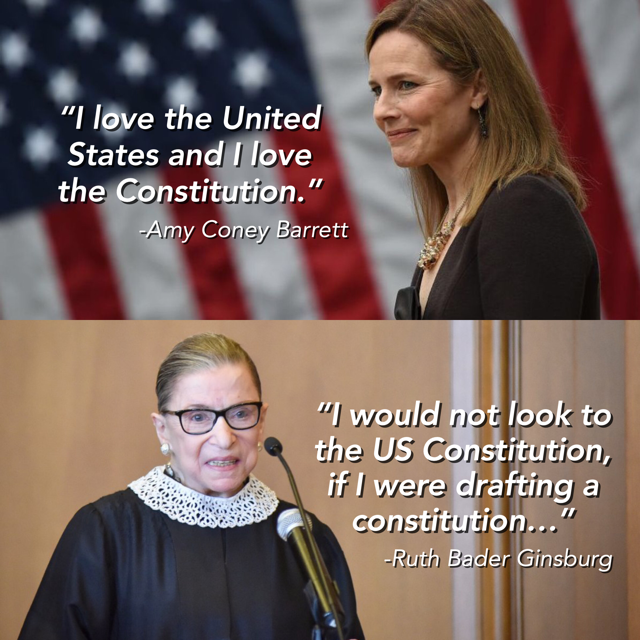 Last time it was Brett Kavanaugh’s turn in the hot seat.  Democrats went so far as to accuse this highly respected accomplished lawyer and family man of serial gang rape!  I couldn’t believe what I was seeing.  It defied explanation.

If you’ll recall, "The Lord of The Rings" is a story that revolves around the fate of a certain magical ring in a fantasy world known as Middle Earth.  Though there were twenty of these rings forged, the story is about one ring that has power over all the others.  Whoever possesses it has super-powers like immortality, invisibility, and under certain circumstances, totalitarian power over Middle Earth.  But there’s a serious downside to bearing the ring; so intoxicating and addictive is its power, it can transform its weaker owners into unrecognizable, twisted, slimy, deranged, creatures.

And that’s exactly what happens when it comes to the absolute power of the courts.  The essential challenge for anyone who wears a black robe is to subordinate their personal agenda to a document written over two hundred years ago.  That's the  job of a Justice under our system. It takes an extraordinary amount of self restraint to put the original intent of the U.S. Constitution above one's own politics.  Moreover, just like the ring that grants immortality, Justices serve as long as they can breathe.  Even Presidents don’t have that kind of power for that long.

Imagine how intoxicating, tempting, and corrupting that power can be for a Justice, or for a Senator involved in confirmation?  Don’t like a law or policy?  Just change it at the court!  All you need is five like minded Justices and you have totalitarian power over all social, economic, and political policy in the U.S..   No need to go through the icky time-consuming process of passing laws or amending the Constitution.  Just have the right people put on a robe, wave a magic pen, and voila!  Imagine how much strength of character one would need to resist that temptation?  Imagine having the magic ring in your pocket and resisting its allure out of fealty to our founding principles?

The problem with all that nationalization is that a) everything becomes politicized, and b) everything ends-up at the Supreme Court.  The courts become the sine qua non for the agenda's success.  But the real problem in the long run is that if you take this progressive power grab out to its logical conclusion, it ends in totalitarian government.

We call these two judicial approaches liberal/progressive vs. conservative, or activist vs. originalist.  But what they really represent are two perspectives of the Constitution.  One side sees the Constitution as an obstacle to progress, and the other sees it as the limiting principle that makes us exceptional. Justices are granted the magical power to either abide by the Constitution or ignore it.  There’s no penalty for ignoring it, and no reward for abiding by it.  Sorry RBG fans, it takes no courage for a Justice to ignore the Constitution.  The only courage involved is in resisting the siren song of totalitarian power.

Did you ever wonder why so-called Conservative judges often start out that way and then transform into activist or progressive ones?  Recent cases include the current Chief Justice, John Roberts, who has single-handedly re-written major laws to advance his agenda. And have you ever noticed that it never goes the other way?  Activist judges never eschew their power and turn originalist.  There are many ways temptation and power can corrupt an individual.  But self restraint can only result from strong character and courage, and that's either present or it's not.

So why did RBG stay on the court knowing she had cancer?  Why not retire while Obama was President and have him name a successor?  Recall that Tolkien’s character Smeagol starts out as a mild mannered Hobbit, but is corrupted by the ring’s power into the twisted, slimy, deranged creature called Gollum. That metamorphosis is the same one that affects Democrats who embrace the corrupting power of activist courts.  One can picture RBG in her later years mumbling to herself: 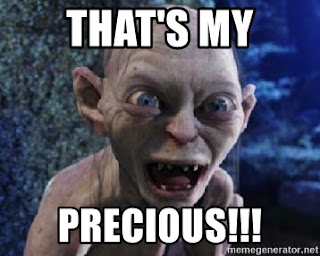