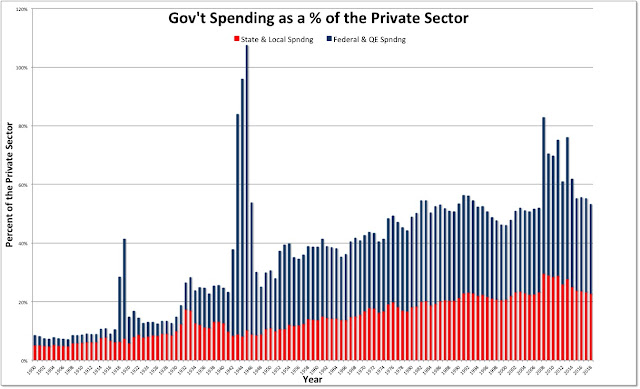 Strictly defined, socialism refers to government owning the "means of production".  That means business assets like buildings, fixtures, tools, machines, vehicles, goodwill, etc. all become the property of the state under textbook socialism.  But that's not what we mean when we use the word today.  Socialist Bernie Sanders isn't calling for government nationalization of business assets.  He just wants medicine, education, housing, food, transportation, etc. provided for free to anyone who wants it, whether a citizen or not. How he intends to do that and how the quality of those things will be affected is never explained.

And that's the point; socialism is not a specific policy-set.  It's more a mindset.  It starts out being about economic issues, and it ends up being about power.

Here's a simple test:  if you believe that the federal government should provide basic human services to everyone for free, then you are a socialist.  If you understand that this kind of cure is always worse than the disease, then you are not.

The U.S. government has found myriad ways to socialize whole sectors of our economy without making ends meet or doing it openly.  For example, in the 1990s the U.S. federal government wanted to massively subsidize housing, but they were unwilling to raise the revenue to pay for it.  So, they simply changed the mortgage requirements.  All of a sudden, any person regardless of credit history could obtain a mortgage.  It worked fabulously well for over a decade until the housing market stalled in 2006.  By 2008, the entire financial system of the planet was in ruins.

Very little has changed. No one would accuse Donald Trump of being a socialist, yet under him every new mortgage in the U.S. is owned by a government sponsored enterprise (GSE) like Fannie Mae or Freddie Mac.  Those same GSEs were the epicenter of the financial crisis in 2008.  The unfunded liabilities of Fannie and Freddie do not appear as "spending" until a crisis hits, as it did during the sub-prime financial mess.  You can see the effects on the graph above.

But we've been pretty socialist since about 1982.  That's when government spending first consumed over 50% of the private sector in the U.S..  50% is the tipping point.  When half the population becomes dependent on government, they tend to vote accordingly.  Before long it leads to "totalitarian" socialism.

Why totalitarian?  Because without "limiting principles", socialism eventually requires force.  Once the predominant belief is that the federal government should provide basic needs for free, then those needs become "rights".  Once those needs become "rights", it's only a matter of time before that necessitates confiscation of wealth and power.  Your money, your power, your freedom, must all be subordinated for the "rights" of others.  Without limiting principles this has been proven throughout history.

Limiting principles are what saved the Scandinavian countries.  They reversed course from socialism because they were constrained by limiting principles.  Prior to the 1960s the Scandinavian countries were free market exemplars of health, literacy, productivity, and happiness.  Then in the 1960s they became enamored with socialism.  After about fifty years of progressive socialism they realized the cure was worse than the disease.  Wealthy citizens were fleeing, businesses were moving, economies were lagging, birthrates dropped, labor was being imported at unsustainable rates, and the fiscal trajectory was ominous.  These countries are relatively small compared to the U.S. and do not control the world's reserve currency.  Those on the Euro do not even control their own currency! They have built in limiting principles.  So they changed course.

Today, Scandinavian countries still retain some of the legacy socialist items, but the mindset has changed.  The Prime Minister of Denmark recently admonished Bernie Sanders for calling Denmark a socialist country.  In a 2015 speech at Harvard he said:


"I would like to make one thing clear. Denmark is far from a socialist planned economy. Denmark is a market economy."

But Trump is an anomaly.  We can see that the socialist mindset has inexorable momentum.  We were at 10% on the Undiepundit Socialist Index when WWI broke out.  One hundred years later, we averaged about 70% under Barack Obama.  Notice: the other two big spikes were for major World Wars!

So why doesn't it feel like we live in a socialist country?  If government was consuming 70% of the private sector from 2008-2016, wouldn't we sense that and change course?  No, because we were insulated due to massive borrowing, printing, and near 0% interest rates.  During that period the  federal debt doubled from $10 to $20 TRILLION and the Federal Reserve Bank added another $3.5 TRILLION to its balance sheet. You can hide a lot of economic signals when you create 13.5 TRILLION dollars from thin air.   At least temporarily.  The dollar's status as the world's reserve currency removes ALL limiting principles.

Sorry, we've been motoring towards totalitarian socialism since at least FDR.  Donald Trump is probably just a speed bump on that road.

[UPDATE]
It is also worth noting that Karl Marx's Communist Manifesto is the 3rd most assigned book at U.S. colleges today according to the Open Syllabus Project.  Of all the books ever published in history, the 3rd most assigned one is the one teaching socialism and communism to our kids.  You are what you teach.
Posted by @RolandRock1234 at 9:52 AM No comments: