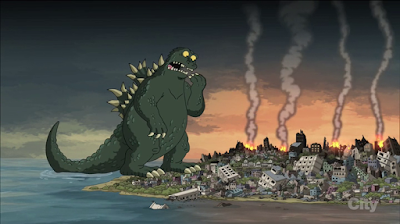 Here’s what we know so far:

But that was a Democrat President named Barack Obama. None of it mattered because pop culture (media, academia, and entertainment) aligns perfectly with the totalitarian leftist agenda of the Democrats.  No transgression, no matter how serious, can ever mortally wound a Democrat Presidency.

That rule does not apply to lifelong Democrat Donald Trump.  Unfortunately for him, he ran and won as a Republican.

And up until this latest Russiagate revelation, Donald Trump had a plausible case that he was being witch-hunted on the whole Russia and collusion meme.  However, now that we know what was obviously known by deep state Democrats all along, that the Trump camp did in-fact seek and likely obtain Russian dirt on the Democrats, that plausibility reeks like last month’s covfefe.  What was theoretical is now settled science.

There will be serious questions asked by serious people in Trump’s own party - something Democrats never have to worry about. A serious Republican might say serious things to Trump in private. Then there’s the very serious matter of Robert Meuller who now has red meat on the bones of his investigation.

Trump’s lies will not be excused as were Clinton’s or Obama’s.  His words, actions, and motives will be rightfully questioned and his agenda discounted.  Trump’s fate doesn’t concern me.  But the fate of the agenda does.

Look, I never put stock in what politicians say.  Some are outright liars, some are honorable, and some swing both ways, yet there seems to be zero correlation between their veracity and the results.  All I care about are the long-term results, and I’ve liked Trump’s so far:  Stocks are screaming optimism, the invasion of illegals has stopped, Israel is once again treated like an ally, red-lines have been enforced in Syria and Afghanistan, terror supporting nations are on notice, ISIS is truly on the run, stupid regulations are being reversed, Neil Gorsuch is on the Supreme Court, the war on cops is over, and Obamacare and the tax code are on the brink of being improved.

That’s why I’m sad about all this.  If the agenda stalls, it’s bad for the country.  It was entertaining watching Trump, Godzilla like, stomping on the Democrats and the Republican establishment.  Now it just feels like he’s stomping on his own agenda.  Sad!

The whole meeting at Trump Tower appears to have been a setup, a trap, by the same people we now know funded the dossier through Fusion GPS: Hillary Clinton, Barack Obama, and the DNC.  Fusion personnel met with Veselnitskaya both before and after the meeting with Donald Trump Jr., and Paul Manafort, et al.  And Fusion GPS was the source of the supposed dirt on Hillary Clinton that was the bait dangled in front of Donald Jr.!

This is all so twisted, so wrong, and such an abuse of power that it defies historical equivalent.  Barack Obama and Hillary Clinton weaponized the federal government and used it against their political opponents.  Party on, America.