Fact Check: The Truth About Impeachment 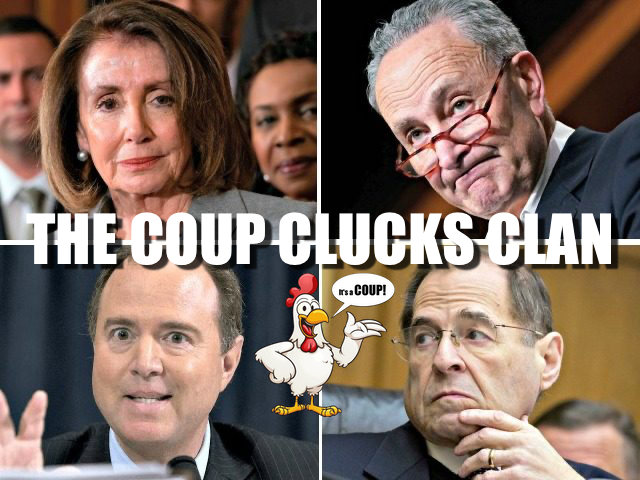 
There's a lot of noise in the Trump Ukraine impeachment story, and it's deliberate.  Noise obscures the clear and obvious truth.  To help simplify things, here's the noise-free version, first from 30,000 feet, and then in high resolution from eye-level.

From 30,000 feet it looks like Donald Trump did exactly what he's been screaming Obama and Clinton did to him; that is enlist foreign actors to dig dirt on a political opponent.  Not only that, but Trump was outed by his own CIA,and made the request during a public phone call with Ukraine's leader!

That's how it looks from 30,000 feet, and that's the story Democrats want you to hear.  It looks pretty bad.  Maybe even impeachable.  But a funny thing happens when the same events are examined at eye level.

The detail that is missing from 30,000 feet hinges on one key word: "predication".  Was there a basis for what Donald Trump asked Zelensky about the Bidens?

In the case of Obama and Clinton digging dirt on Trump, the search for predication came up dry.  Not only that, Obama and Clinton appear to have manufactured fake dirt and then looped it back to U.S. intelligence to create the appearance of predication.  That's what the Steele dossier, Stefan Halper,  Joseph Mifsud, and Alexander Downer appear to have been about.  Even after spending years and unlimited funds looking for valid predication,  Robert Mueller came up empty.  In essence, the Democrat spying on Trump in 2016 and 2017 was part of a "coup d'etat".  (Overthrowing an election in French.)

In Trump's case, he not only had demonstrable predication, but he also prefaced his request with that very justification during the Ukraine phone call:


Mind you, the Ukrainian prosecutor that Joe Biden had fired, for $1 billion U.S. dollars, was investigating how Joe's son, Hunter Biden, came to be paid up to $8,000,000 by a Ukrainian energy company for sitting on it's board while knowing nothing about energy, Ukraine, or doing business in the region.  Talk about an actual quid pro quo!

Donald Trump was actually just doing his job as President of the United States.  It is the responsibility of Presidents to hold government officials accountable for corruption, bribery, extortion and wrongdoing according to the constitution.  Politicians like Joe Biden are not exempt from this accountability, even if they are running for President.  Moreover,  Ukraine and the U.S. have a treaty that requires cooperation for rooting out crime and corruption.  In other words,  had Trump NOT asked about the Bidens he would be ignoring his official duties and a treaty with Ukraine.

It all comes down to predication.  Trump had it.  Obama and Clinton tried to manufacture it and got caught.  That makes all the difference.  Everything else is just noise.

Will that stop Democrats from impeaching Donald Trump?  Not a chance.  They've been promising to impeach him since before he even took the oath of office!


Eleven days later the lawyer representing the whistleblower in this Ukraine matter tweeted that the "#Coup has started".  He tweeted it twice to make sure the message wasn't missed:

The impeachment of Donald Trump has always been a coup d'etat.  Democrats have always based it on "orange man bad", and if you don't like it, "shut up".  It will proceed on that basis.

Oh, and if that doesn't work they will attempt to do to him what they did to another Republican who did an amazing job as President and was despised by Democrats for doing so, Abraham Lincoln.