The Iran Nuke Deal was NEVER about Nukes

Now that Israel has obtained Iran's secret nuke plans and U.S. intelligence has confirmed their legitimacy, we know with certainty that Barack Obama's fake "nuke deal" with Iran was an atomic bomb of deception and duplicity.

Remember this was the deal where Barack Obama plus five other countries, which desperately wanted to resume trade with Iran, lifted sanctions on Iran, flew billions of dollars in cash on secret planes to Tehran, all in return for Iran's vague promise to put off their nuclear weapons program for... a whole decade. 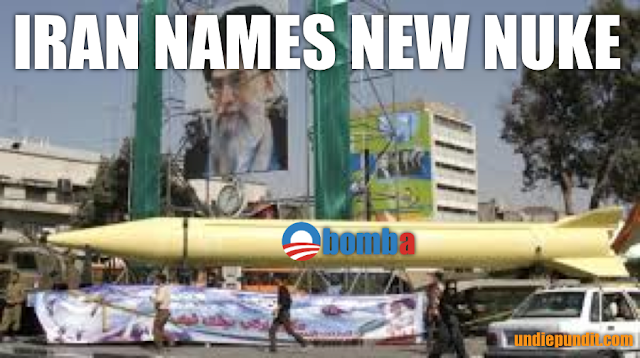 
Barack Obama wants you to believe he is negotiating with Iran about nukes.  Pick up a paper, watch a news show, listen to the radio, wherever you are in the world, you will be told about an historic negotiation going on with the P5+1 talks, and it's all about Iran's nuclear program.

(Incidentally, the quote at the top is often credited to Adolf Hitler.)