Voter Fraud Is So Massive You Can See It From Space! 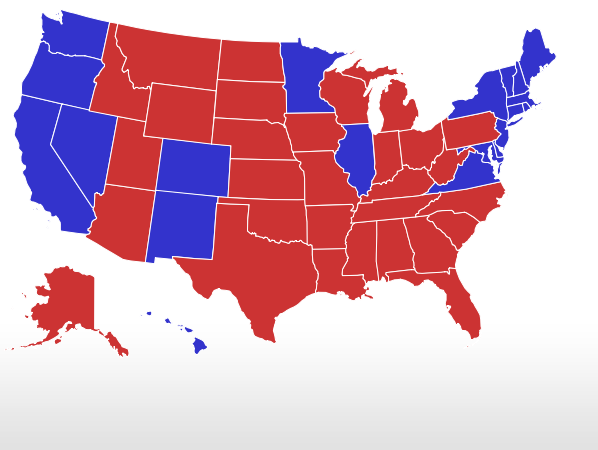 The two maps above amount to prima facie evidence of massive voter fraud in the 2016 election.  Of the 13 states and districts (including Washington D.C.) that issue drivers licenses to unauthorized immigrants, 12 of them voted Democrat. Only Utah bucked the trend, but that's because Utah requests a picture ID or equivalent, and the driver's license they issue to unauthorized immigrants is distinctly different from the one issued to citizens.

This occurred during a year when the Democrat candidate won only 21 states (including D.C.). 12 of the 21, or 57%, a clear majority, were the states that issue driver's licenses to unauthorized immigrants.  The odds of this being a coincidence are astronomical.

Only citizens are supposed to vote in national elections, but non-citizens are voting in such massive numbers you can see it from space!

This is not an accident.  Democrats have been on a decades long mission to encourage unauthorized immigrants to come here and vote. The reason is simple; immigrants overwhelmingly vote Democrat.

To further this along, Democrat President Bill Clinton signed a law in 1993 known as the Motor Voter bill, which basically automated voter registration for anyone who applied for a driver's license or other government benefit.  The problem, of course, is that unauthorized immigrants can obtain driver's licenses in the 13 states above.

Here's a picture of Bill Clinton signing the Motor Voter bill.  Notice the two people standing directly behind him?  They are Francis Fox Piven and  Richard Cloward in the green and grey respectively, two radical Columbia University professors who advocated collapsing the U.S. by overloading it with dependents and immigrants. 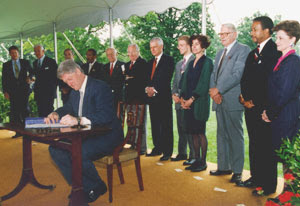 And here is Barack Obama, who studied at Columbia University while Cloward and Piven held court there, answering  a question with only one correct answer.   The question is essentially, "should illegals be afraid to vote?" His answer should have been, "they shouldn't vote because it's illegal".  That's not what he says though.  Watch:

So how many illegals and non-citizens voted in those 12 states? How many voted in all the other states? We'll never know because by Democrat design, when it comes to citizenship, voting is done almost exclusively on the honor system.

(This post is similar to, "Motor Voter and the Popular Vote", which was posted 12/1.)