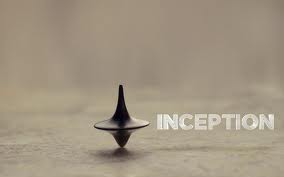 (Updated)
Why did Obama win?  Two words, Alinsky and Inception.

I'm borrowing the term Inception from the 2010 movie by the same name.  In case you haven’t seen the movie, "Inception" refers to the implanting of ideas by entering the subconscious during an induced dream state and then manipulating the dream to get the implanted idea to take hold.

In the movie, Leo DiCaprio plays the protagonist, Cobb, who explains the power of ideas:
Cobb: “What is the most resilient parasite? Bacteria? A virus? An intestinal worm? An idea. Resilient... highly contagious. Once an idea has taken hold of the brain it's almost impossible to eradicate.”

The elements of Inception are these:

The left has either consciously or unconsciously understood this concept for decades and used it to make their ideas resilient, contagious, and impossible to eradicate.  Today, the right has nothing to counter this strategy.

Here’s how the left has achieved inception success:

Conservatives have a marked disadvantage when it comes to Inception:

Until conservatives understand the tactics of Alinsky and Inception, they cannot compete.  Mitt Romney had no idea what hit him.  The left successfully destroyed his sterling character and resume.  What did Mitt Romney do in response to being smeared and destroyed?  He smiled, said nice things about Mr. Obama's character, and told Americans he'd find them a job!

As you can see, this was never a fair fight.  With half the country now paying zero income taxes, and an equally large segment on some kind of government assistance, it is near impossible to see how economic conservatives ever regain power in the US until after the collapse: the very painful economic collapse which we are steadily moving "Forward" towards.

In the movie "Inception", DiCaprio's character uses a spinning top to remind him whether or not he's dreaming.  If the top spins indefinitely, he's dreaming;  if it stops, he knows he's awake.  I'm gonna find me a top and start carrying it from now on, just to remind me.
Posted by @RonnyReich at 12:57 PM