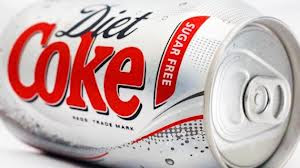 OK, this is totally anecdotal so take it for what it’s worth, but I believe Diet Coke is poison.  In fact I’d put Diet Coke third, just after crystal meth and crack cocaine as an addictive substance that will age you faster than Amanda Bynes and Lindsay Lohan combined.

Now, I have not performed any double blind studies.  I have done no real research.  All I can say is I have an uncanny ability to detect who is drinking Diet Coke just by looking at them.  Give me a person’s age, let me look them over, let me know if they are currently addicted to crystal meth or crack cocaine, and I can tell you if they are a Diet Coke head or not.

It’s really not that hard.  Are they overweight?  Prematurely white haired?  Skin pallid?  Out of shape?  A bit on edge?  Teeth yellow?  Bam – Diet Coke head!  Try it, it works every time if the habit is long term.

I have no idea what ingredients might do this.  Some would point to aspartame, caffeine, phosphoric acid, or the combination.  I can’t even say Diet Coke is the only culprit.  I know of two men who were best friends and both addicted to Tab (do they still make Tab?).  They lived a thousand miles apart yet both died prematurely of the same form of kidney cancer within months of each other.  Tab is also a Coca-Cola product but differs a bit from Diet Coke.  Apparently it is just as addicting.  Again, totally anecdotal, but this is my experience.

I do believe it is more than just the caffeine.  I know people who drink Diet Coke at breakfast.  I don’t know anyone who drinks regular Coke at breakfast.  I’m not saying no one does.   Caffeine is de rigueur at breakfast so you would expect people to get it any way they can.  I am just aware of people drinking the diet variety in the AM.  Weird, no?

This guy in the UK claimed he was addicted to Diet Coke and needed to detox.  There are some who claim Diet Coke addiction contributed to the untimely death of comedian George Carlin.  I have no inside information on that.  All I know is what I see.

And what I see leads me to believe that Diet Coke is poison.  If you like it, drink it.  That’s your right.  If you can’t stop though, you might want to try crystal meth, crack, or heroin.  At least then you’d qualify for free government treatment!
Posted by @RonnyReich at 11:24 AM