My jaw hit the floor when I saw that Hillary Clinton had tweeted the following two gems:

She then followed up with several comments furthering her assertion that she is a champion of victims of sexual assault. Even in the vast galaxy of Clinton lies, this one stands out like a supernova.
Here is a short list of Clinton victims (Bill had the sex while Hillary was in-charge of the cover-up and intimidation campaigns): 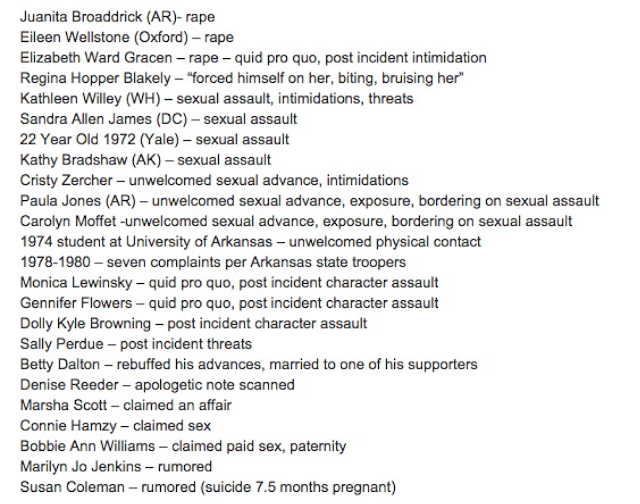 Here is a video I made about this very subject using the NFL "NO MORE" ads as a backdrop:

Hillary Clinton ‏@HillaryClinton  4h4 hours ago
Hillary to every survivor of sexual assault: You have the right to be heard and believed. We're with you.
Posted by @RonnyReich at 9:50 AM