Why Not a Healthcare Debate on TV? 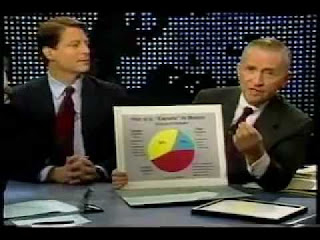 The Obamacare bill, plus regulations, amounts to a stack of paper taller than a man.  When government takes over and tries to micro-manage a fifth of the economy, it becomes an unknowable tangle of interrelated moving parts that is a case study in complexity and Murphy's Law.  Unravelling it can be just as impossible.

Paul Ryan loves the new bill, Rand Paul hates it, Chuck Schumer hates anything Republican, and the president says it's great, but probably hasn't read it.  (Can't blame him though. I tried to read it, and it is literally unreadable by a mortal.  It's like trying to read hexadecimal computer code.)

Now that the bill is out there, and the critics have come out, I say have a broadcast debate among the experts.  Pick two critics and two fans from both parties, politicians and experts alike, and have them debate the bill and the options.  Have some prepared questions and some unprepared ones.  Maybe have a series of them with various people on various platforms.

This is big.  Let's get it right.  Obamacare was rammed through and there was never a televised debate until Bernie Sanders and Ted Cruz squared off last month, in February of 2017!

Remember when Ross Perot debated Al Gore over Nafta?  It was memorable and enlightening.  We got that great line about "that big sucking sound"!  Let's repeat that sort of thing for healthcare.
Posted by @RonnyReich at 1:36 PM