Evan Sayet: Why Trump is Forgiven for his Lack of Decorum 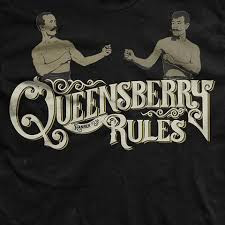 A great explanation of why Trump supporters ignore his flaws:  Evan Sayet - "He Fights"


My Leftist friends (as well as many ardent #NeverTrumpers) constantly ask me if I’m not bothered by Donald Trump’s lack of decorum. They ask if I don’t think his tweets are “beneath the dignity of the office.” Here’s my answer:

We Right-thinking people have tried dignity. There could not have been a man of more quiet dignity than George W. Bush as he suffered the outrageous lies and politically motivated hatreds that undermined his presidency. We tried statesmanship. Could there be another human being on this earth who so desperately prized “collegiality” as John McCain? We tried propriety – has there been a nicer human being ever than Mitt Romney? And the results were always the same.

This is because, while we were playing by the rules of dignity, collegiality and propriety, the Left has been, for the past 60 years, engaged in a knife fight where the only rules are those of Saul Alinsky and the Chicago mob.

But, read the whole thing.


As I've said before, George W. Bush's, John McCain's, and Mitt Romney's Queensbury Rules approach was a betrayal of their supporters.  It was selfishness.  Not that they saw it that way.  They thought answering the Alinsky street-fighting tactics in kind would soil them and hurt their dignity. What they forgot was that ideas, policies, and those who support them have dignity too.  Some of those ideas are even worth fighting for. The truth is,  gentleman Republicans unwilling to engage the  Alinsky Left on its own terms were putting their their own dignity above that of their supporters and the ideas on which the country was founded.  Trump has endeared himself to the keepers of those ideas because he, uniquely, is willing to fight for THEIR dignity.