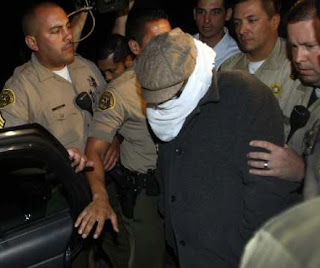 The House Benghazi report was released today, and it proves among other things that blaming the attack on a film was an Obama and Clinton lie.  To help legitimize the lie they went so far as to arrest the filmmaker, convict him on dubious tangential charges, and jail him for a year.

Nakoula Baselley Nakoula, an Egyptian born Christian, was the ultimate political prisoner.    He was imprisoned to distract from the failure of Obama and Clinton to protect and defend their people in Libya, and to divert attention from the increasing risk of Islamic terrorism which they claimed to have defeated.   The diversion worked and they got reelected.

But Baselley is just one of many filmmakers harassed by Barack [REDACTED] Obama and his surrogates.  Here is a list of some of the others:

Remember those are just the filmmakers.  Others who write books, blogs, screenplays, articles, do comedy, make music, do talkshows, or run businesses have also been audited by the IRS, raided by various government agencies, or targeted by leftist surrogates under the Obama regime.

Here are the basic details of the harassed filmmakers listed above:

Joel Gilbert:  Mr. Gilbert made an anti-Obama film called "Dreams From My Real Father".  It drew the ire of Democrats on the Federal Election Commission (FEC) who voted unanimously to punish Mr. Gilbert.  When Republicans pointed out that liberal filmmakers like Michael Moore were not similarly harassed by GOP FEC members, the move was eventually blocked. Were it not for the split FEC, Mr. Gilbert would have been punished for making a movie critical of Obama.

Dinesh D'Souza: Mr. D'Souza admitted giving more money than was allowed by federal law to a friend who was running for office.  More importantly though, he made a couple of anti-Obama films in 2012 and 2013.  As a result of the ostensible campaign finance violation he was confined for eight months, put on five months probation, and forced to undergo psychological counseling.   Here's what liberal Harvard legal scholar Alan Dershowitz said about his conviction and sentence:

David Daleiden and Sandra Merritt:  These two were behind the Planned Parenthood undercover videos made by The Center for Medical Progress.  Barack [REDACTED] Obama himself made a point to single them out.  As part of their cover they used fake IDs, and that somehow became a pretense for felony charges, a raid on Daleidon's home, and seizures of his property.

James O'Keefe, Joseph Basel, Robert Flanagan, and Stan Dai: These people were part of James O'Keefe's undercover video organization, Project Veritas, the organization that single-handedly took down one of Obama's favorite community organizer activist groups, ACORN. They went on to investigate Democrat Senator Mary Landrieu and ran afoul of the FBI while trying make a film about her ignoring her constituents during the Obamacare run-up. They eventually settled for misdemeanor charges and accepted probation, fines, and community service.  O'keefe has also been harassed by Obama's DHS for making a movie about the open southern border.

Logan Clements: Mr. Clements made a movie called "Sick and Sicker...", an unflattering portrayal of Obamacare.  For his disloyalty he was handed his first ever IRS audit.  Coincidence?  You judge.

Breitbart News:  OK, this could also be coincidence, but Breitbart News is a multi-media powerhouse that is foursquare opposed to Obama's policies.   They also coincidently earned their first IRS audit.  (Also, see David Bossie below who writes for Breitbart.)

Glenn Beck, Pat Grey, and Scott Baker: Ditto above.  Glenn Beck and his Blaze Network don't just make videos.  They have an entire broadcast network, publish books, run a website, and do talk radio. All of it opposes Barack [REDACTED] Obama's policies.  So yeah, these guys all got their first audits by the IRS.  But that's not all.  Beck's top sponsor was targeted by Democrats and specifically by congressman Anthony Weiner, husband of Hillary's right hand person, Huma Abedin, and a known political hit-man for Democrats and Obama.  Weiner resigned his House seat in scandal, but his wife will play a major role in a possible Clinton administration.

David Bossie and James Bopp:  These men were behind the famous Citizens United SCOTUS case. David Bossie runs CU and James Bopp was the lawyer who defended the first amendment. The case centered around their right to make a film, in this case an unflattering portrait of Hillary Clinton. They won the case at the SCUTUS but ran afoul of Obama and the entire left who believe the first amendment only applies to Michael Moore and The New York Times. Hence, in front of the entire world, during a state of the union address, Barack [REDACTED] Obama publicly berated the justices who upheld the first amendment rights of filmmakers, thus sending a message to justices, filmmakers, and supporters of people who make films: oppose me and I will use the Bully Pulpit to bully you.

No list like this would be complete without mentioning Obama's number one target in the media and film world - Fox News.  Fox has been singled-out and harassed personally by Barack [REDACTED] Obama on numerous occasions.  These attacks sent a clear and chilling message to sponsors.  Ask yourself this: would you advertise on Fox News if you knew restrictive regulations, IRS audits, and federal harassment were disproportionately doled out to Obama's enemies?   Ironically, Fox just broke a record high for viewer ratings.

Are all these just coincidences?  You decide.