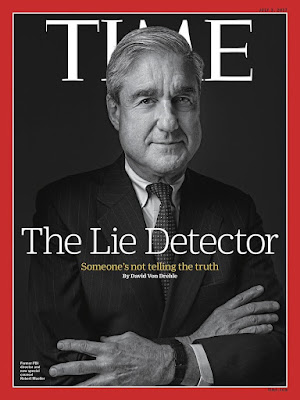 (For some reason the number 20 trillion rings a bell, but never mind...)

Today's double standard has to do with how the politicization of Robert Mueller's team is being dealt with.

In addition to the obvious conflicts of interest like what's been revealed in the Stzrok/Page emails, or the Ohrs connections to Fusion/Steele, or the conspiracy hatched by FBI/DOJ for "insurance" against Trump winning, or Mueller's right hand man attending Hillary's "victory" party,  tens of thousands of dollars were donated to Democrats and Hillary by Mueller's team!  In fact, 100% of the money given to presidential campaigns went to Hillary's.  0% went to Trump.  What are the odds of that happening randomly?  If money talks, what is it saying about this so-called independent investigation?

So what is the response by the Left now that we know Robert Mueller has assembled a team of Hillary supporting / Trump hating Democrats to investigate everything Trump?  Answer:  "Hey, everyone has political opinions, but that doesn't mean they can't do their job!"

Remember the name Stanley McChrystal?  Barack Obama was famous for never firing anybody, no matter how incompetent as long as they were of the Left, but that didn't apply to General Stanley McChrystal.  He ran Obama's Afghanistan war and got fired when Rolling Stone attributed some negative comments about the administration to him.  Bam!  A stellar military career was cut short overnight for expressing opposing political beliefs.

The Left applauded this action.  Meanwhile, they spent this past weekend warning that any move against Mueller and his politicized team would lead to them taking to the streets.  The hypocrisy is breathtaking.

The exemplary General David Patreus was forced to resign as Obama's CIA Director over a minor case of mishandling classified information.  Hillary Clinton, who was scheduled to be the Commander in Chief was given a pass for far worse.  Chelsea Manning and Bowe Bergdahl did incalculable damage to U.S. national security, yet both essentially got wrist slaps.  Michael Flynn, after decades of exemplary military service has had his life destroyed over a fraction of what every single member of the Hillary Clinton team was guilty of in spades.

Those who oppose totalitarian Leftism are told to just accept the double standards and keep a stiff upper lip.  Move along.  And they wonder how a scrapper like Trump got elected!