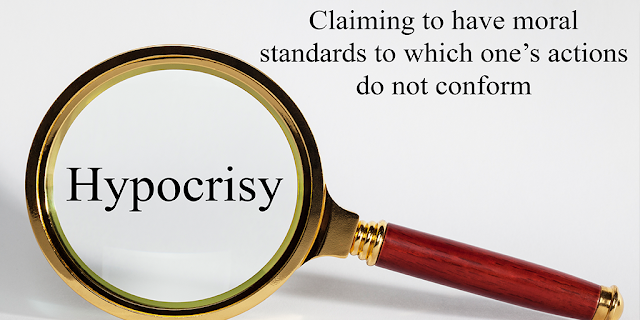 As of today, four Democrat Senators have called for the resignation of Donald Trump over sexual allegations.  Is that not rich?  Has the party that made heroes out of murderer Ted Kennedy and rapist Bill Clinton suddenly discovered that character matters?  I wouldn't bet on it.  This is just more hypocritical politics from the party that makes everything, and I do mean everything, political and hypocritical.

It was obvious where this was going from the start, which is why I wrote the following before Al Franken "resigned"...


What's up with this sudden tsunami of sexual allegations? For answers we need to look at what causes tsunamis.  Tsunamis are usually caused by earthquakes, so to understand them we first have to find a seismic event.

Consider how the #MeToo thing got started:  The Weinstein case was the catalyst,  but it wasn't Harvey Weinstein who got the ball rolling, it was The New York Times who broke the story.  Why did the leftist Grey Lady suddenly publish the Weinstein story when they'd been sitting on it for an entire decade?

Similarly, Matt Lauer was another case everyone knew about for over a decade, yet it took leftist Vanity Fair to finally blow the lid off that story in 2017.

If you go back to any one of the now 30 or so prominent outings since the #MeToo movement started, you'll find many of them trace back to traditionally leftist media outlets who all sat on these stories for years.

Why would such stalwarts as The NYT, Vanity Fair, Time, NBC, CBS, CNN, WaPo, MSNBC, ABC, etc. suddenly pirouette and begin publishing sexual assault stories about members of their own power structure?

The answer, and the earthquake, was the election of Donald J Trump.

Much to the left's chagrin, Donald Trump was elected despite his own exposure on sexual predator charges.  It wasn't supposed to happen that way.  Gloria Allred teed-up a handful of female clients who came forward with salacious stories about Donald Trump.  Add to that, NBC thought they had a magic bullet with their Access Hollywood tape.  You remember, the one where Trump said women just let him "grab them by the pussy" because he's famous?  But instead of killing Trump, the bullets just bounced off!

Donald Trump taught the left that they can no longer hypocritically ignore the misdeeds of Clinton, Kennedy, countless others, and their allies in media and entertainment, and then credibly go after Donald Trump on lesser more dubious charges.  They also can't  credibly ask for Roy Moore's head and then allow Conyers, Franken, Menendez, et al to continue serving.

This is why the #MeToo movement is happening now.  After decades of blatant leftist hypocrisy, this tsunami is an attempt to wash away enough sins to "credibly" go after Donald Trump in 2020.

Plan "A" has always been to scream, "Russia, Russia, Russia!", get an independent counsel, and then  use it to impeach Trump.  But if that doesn't work, Plan "B" is to hang Trump on his alleged sexual predator past.  Only time will tell if either strategy works.