Bump-Stocks and The TSA 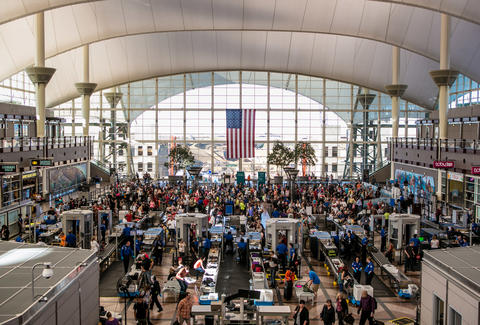 Immediately after 9/11, one of the very first things done was to nationalize airport security.  It was a slam dunk, right?  After all, those hijackers got through private airport security with box cutters and then used them to crash into buildings killing 3000.  We couldn't let that happen again. The bill creating the TSA passed nearly unanimously in the House and 100% unanimously in the Senate.

There was only one problem: private airport security performed perfectly on 9/11.  You see, federal regulations PERMITTED box cutters on planes.  No one in airport security did anything wrong that day.  In other words, we unanimously nationalized airport security to solve a problem that didn't exist.   So why did we do it?  Ulterior motives aside, no politician could possibly stand athwart the emotional tide sweeping that bill into law.

In the wake of the worst mass shooting in our country's history, another emotional tide will likely sweep something into law.  An early favorite is a ban on bump-stocks, the devices used in Las Vegas that are apparently legal, but convert a semi-automatic rifle into essentially a fully automatic one.  This actually does seem like an obvious loophole if our intent was to ban automatic weapons all along.

But there's only one problem:  bump-stocks may have ironically saved lives in Las Vegas.  You see, the shooter apparently had enough explosives in his car to create even more carnage than his shooting rampage.   Had he driven into a crowd and detonated his combination of Tannerite and ammonium nitrate, many more deaths could have resulted.  An ammonium nitrate bomb in Oklahoma City killed 168 people, and it wasn't even situated near a crowd, it just collapsed the entire building.

Don't expect any politician to make this point and stand athwart the emotional tide.  The point is this: emotional legislation rarely does any good, and a determined and cunning psycho is gonna kill regardless of the law.